The gold rush is on!

The Lappish Gold History exhibition offers a glimpse into life in the arctic goldfields. The exhibition takes you through the history of gold prospecting in Finland, from the first gold discovery to the time of mechanical mining. The visitor encounters the poor conditions in the Grand Duchy of Finland in the 1860s and gets the idea of the goldfields of Lapland on a map. The discovery of Tankavaara gold in a dream and the stories about the Lemmenjoki prospectors open up life in the goldfields before large-scale mining.

Living in the wilderness, manual skills and survival in nature have been essential skills for gold prospectors. Exhibits ranging from tools to illegal spirits barrel bring the past close to you. The inhabitants of the goldfields had to make do with scarce resources, which required resilience and ingenuity. Peering into a gold prospector’s cabin, you can imagine yourself living a modest life in the middle of the wilderness. Stories of Lapland’s legendary gold prospectors offer a human perspective on a hardscrabble lifestyle while videos and photographs bring existence in the goldfields to life.

Copies of some of Finland’s most remarkable gold nuggets evoke the visitor’s inner gold prospector and are enough to ignite the gold fever in anyone. Are you the finder of the next record-breaking nugget?

In 1868, Johan Konrad Lihr, the Mint’s deputy director, and his expedition were sent to search for gold in Finnish Lapland. There was an urgent need for the expedition, as small quantities of the coveted precious metal had been found in River Tenojoki on the Norwegian side the year before. As summer turned to autumn, they arrived at Ivalojoki, where small gold nuggets glimmered at the bottom of a test pan after a very short washing time. The gold flakes found at Nulkkamukka in Ivalojoki launched Finland’s first gold rush — the following summer, the first prospectors found two kilos of gold in only a few weeks! 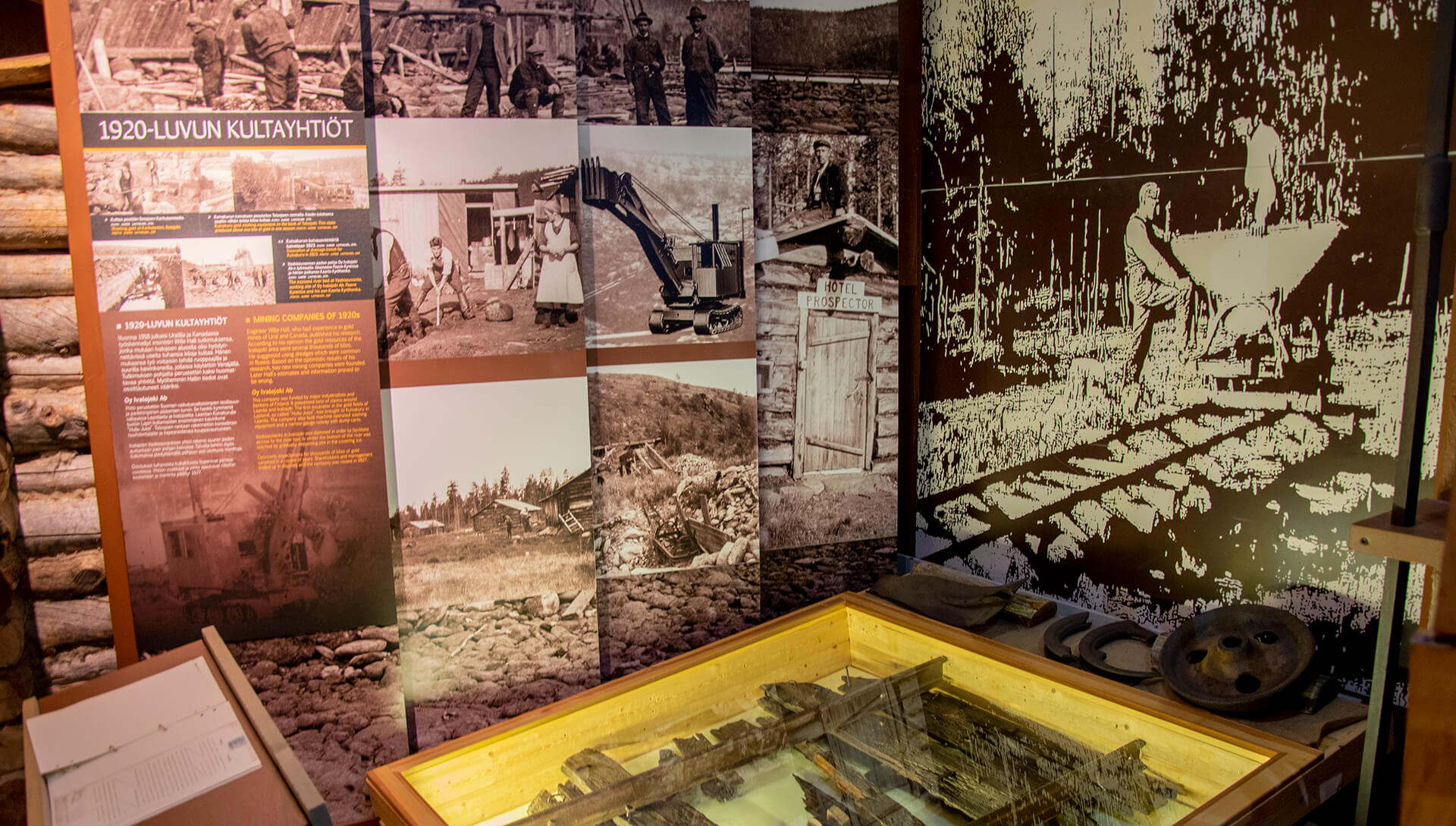 There was a strong belief in the discovery of mother lode in the early 20th century in Lapland. Several companies were set up with high hopes of mining for the precious metal. The first of these was the Gold Mining Company Pohjola, founded in 1902 by a Lappish man Henry Kerkelä. Later, Ivalojoki Oy and Oy Lapin Kulta Ab were established for mechanical gold mining in Inari, Lapland. Believing in the success of the companies, the founders included some of the most prominent men of the time.

Despite the efforts, no mother lode of gold was found. Even smaller gold nuggets could not be found in sufficient quantities to run the business and the companies went bankrupt one after the other. However, the gold companies did benefit others than their owners: the road network in northern Lapland was built and developed to meet the needs of the companies, and it was easier for individual gold prospectors to start digging in the ready-made pits left by the machines. 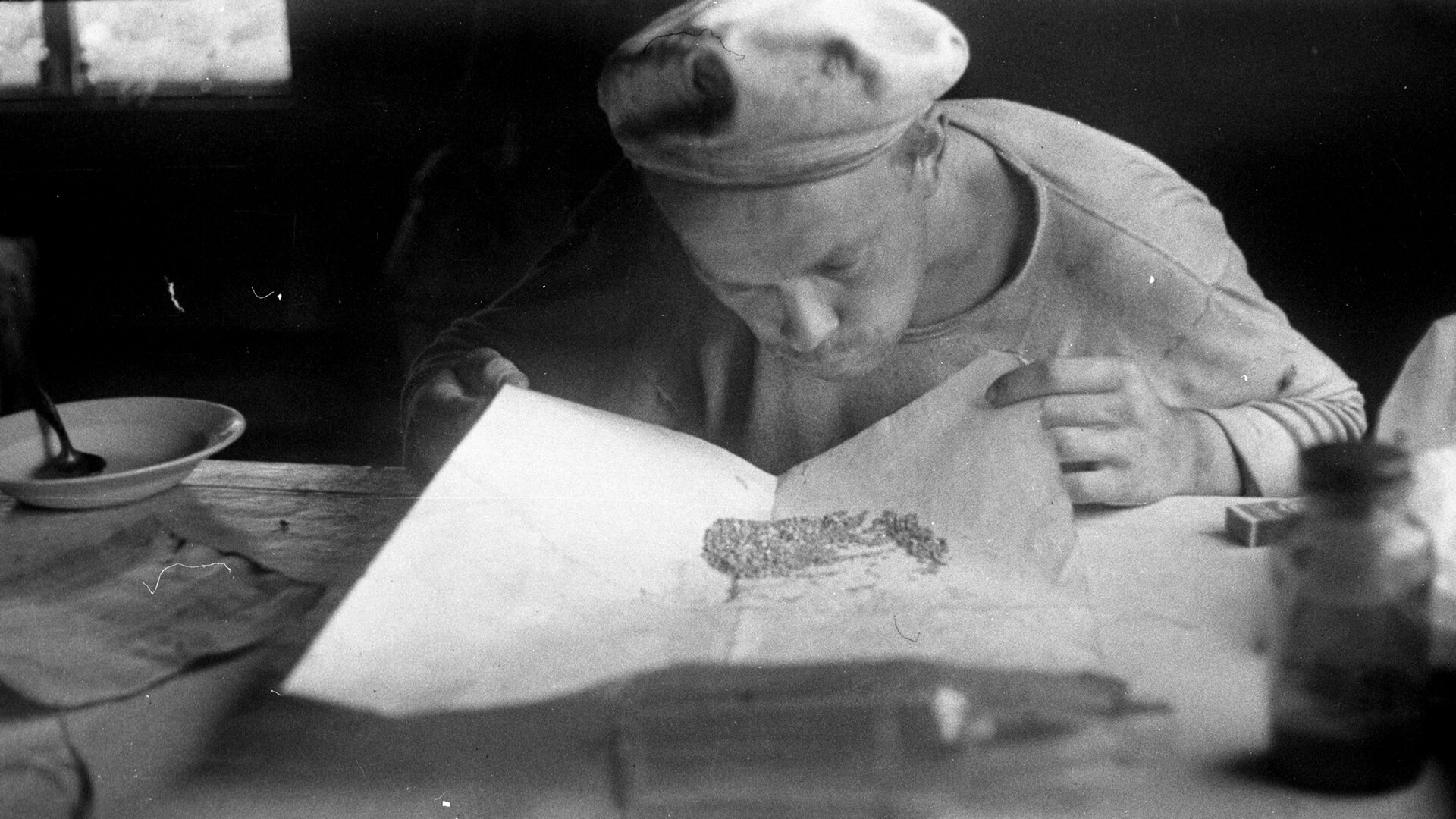 The gold rush in Lemmenjoki began in 1945. Rumours of gold brought men returning from the war to Lapland to try their luck. The hardiest of them stayed in the goldfields for life, spending their lives in the wilderness digging for gold.

The Lemmenjoki River was prominent in the media from the 1950s onwards, bringing many unforgettable stories of gold prospectors and, no doubt, a somewhat romanticized image of their way of life to the attention of the wider public. However, the gold prospectors did not come to the area for nothing, as the Lemmenjoki River with its gold-rich creeks has been the most lucrative gold panning area in Lapland for decades. Several of the biggest gold discoveries in Finland’s gold history have been made in Lemmenjoki.