Gold is the oldest metal worked by humankind. Be amazed by the story of gold!

What was life like in the gold fields of California? How was the legend of El Dorado born? And where does gold come from at all?

The Gold Museum’s international exhibition Golden World is a round-the-world journey through the history of gold prospecting and the relationship between gold and humankind. In the exhibition, you will discover some of the most fascinating stories and incredible discoveries in the history of gold. You will get to know the story of gold via the huge gold washing sites of the ancient Romans, the Celtic gold pot, golden ritual vessels and other top objects. The dark side of the gold mining is explored through the squalid working conditions in Brazil. Reconstructions of medieval gold panning tools will make you admire craftsmanship and human ingenuity.

The Golden World exhibition is located in a round building under the world’s largest gold pan. Gold information and exhibits have been collected in cooperation with embassies and gold panning associations to the world’s only Gold Museum presenting international gold history. 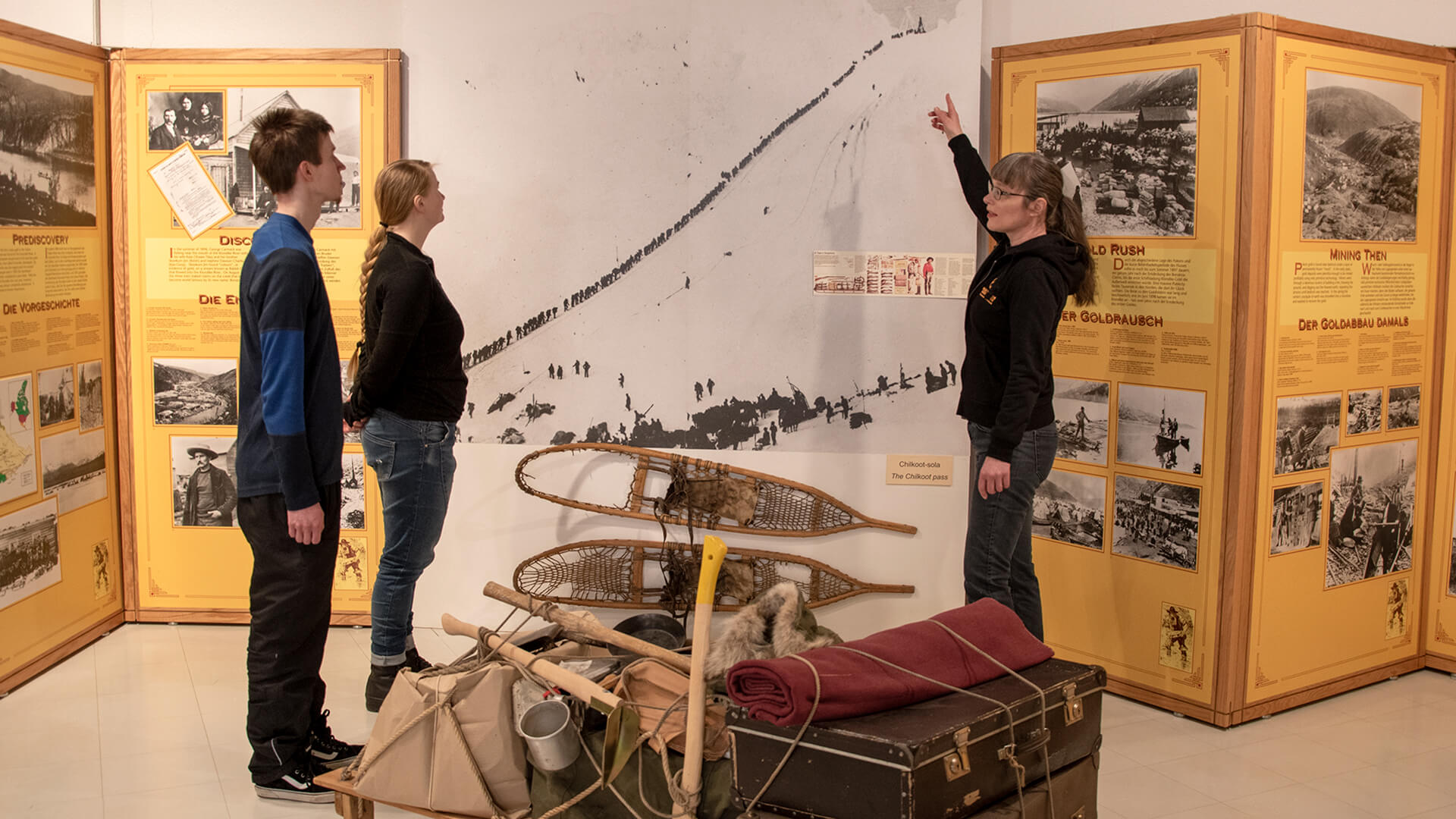 One of the best known gold rushes in the world began in 1896 in Yukon, Canada. A rich gold deposit accidentally discovered in Klondike attracted some 100 000 fortune seekers. The 900-kilometre journey through the permafrost wilderness was demanding and there was nothing guaranteed but a wish for riches. Although some of those who set out did not reach their destination, and most did not even get rich, the success stories and romanticized image of life in the goldfields remained in people’s minds. Today gold prospecting continues in Yukon with less people and bigger machines. 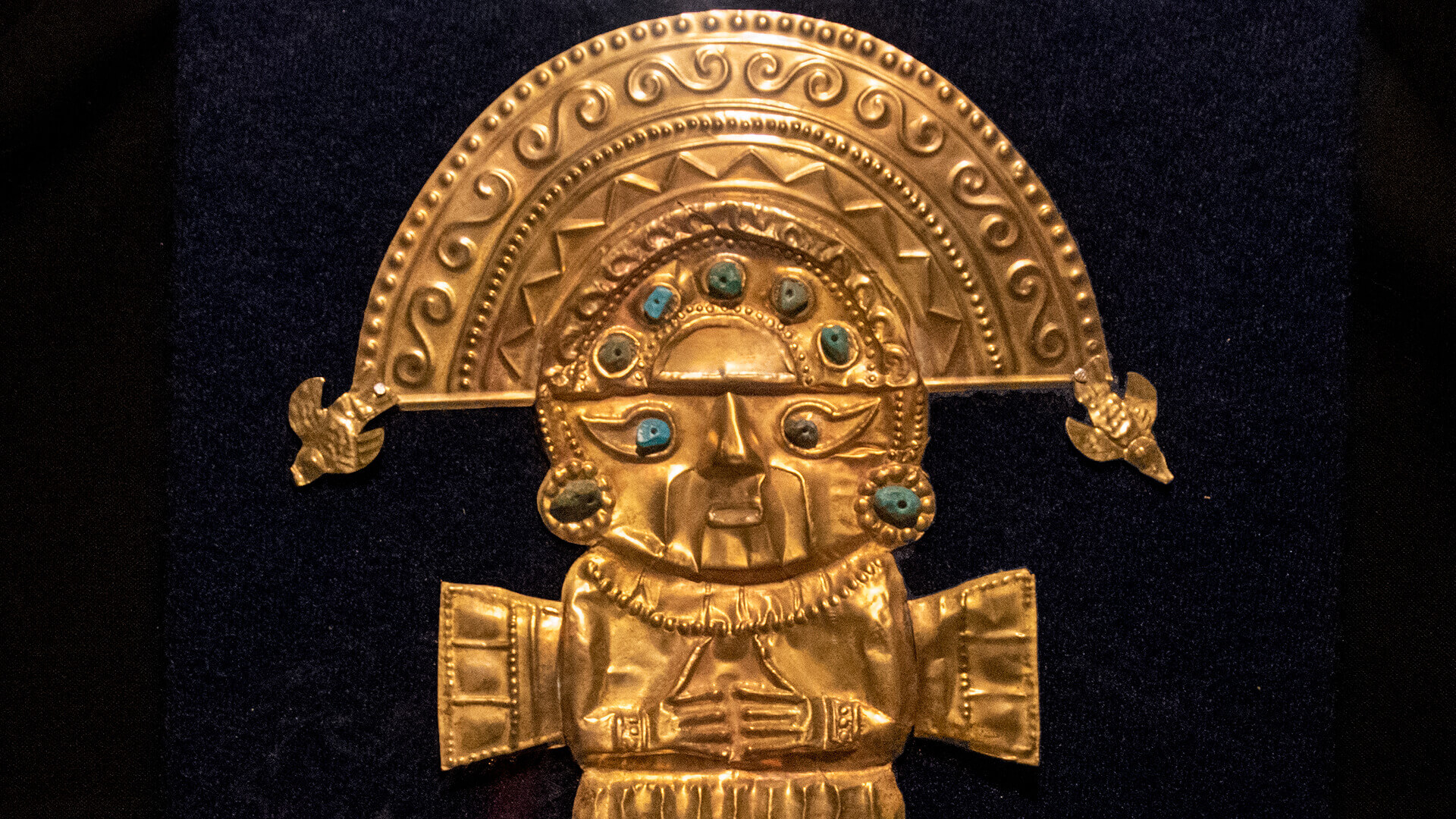 The indigenous peoples of South America were skilled gold workers. Gold was found in abundance and was transformed into utilitarian, decorative and ritual objects. However, the Aztecs, Incas and Chimu, among others, met a harsh fate at the dawn of the Age of Discovery.

In the 16th century, Europeans had an insatiable appetite for gold. News of the new continent and its gold reserves set conquerors in motion. Samples of the skills of goldsmiths of the indigenous peoples were shipped to Europe as such and melted down into ingots. The natives were treated badly, and even enslaved to work in the mines. 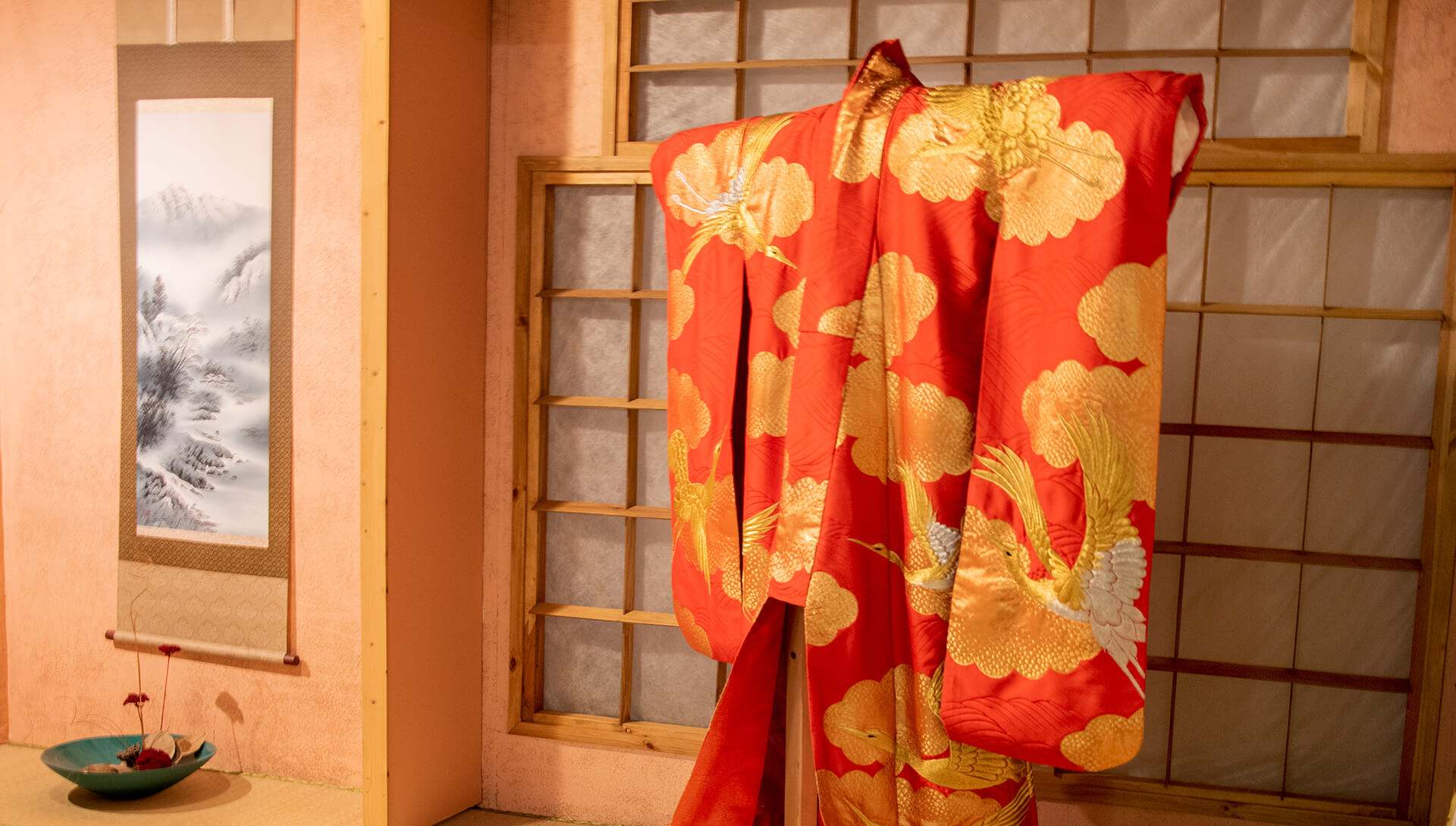 Gold has been prospected in Japan since 749. Japan’s gold deposits are characterized by epidermicity, meaning that gold is found in hot springs in the volcanic soil. From these relatively shallow deposits, gold is relatively easy to mine. In addition to traditional mining and panning techniques, Western mining methods were introduced in Japan in the mid-19th century.

One example of Japanese craftsmanship is the gold embellished kimono. In kimonos, gold is used as a decorative effect, either wrapped around a silk thread or as a sheet. The gold used is gold leaf, i.e. real gold hammered into a thin sheet by goldbeating.